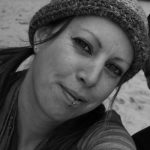 “You are more than you know”

I remember someone who remains very dear to my heart, telling me this once. It immediately brought tears to my eyes for somehow, some part of me recognised a long buried truth in that. And perhaps, a ‘long resisted’ truth too. I believe it’s true for everyone, that we are all more than we know, and there’s something about Craniosacral work than brings that truth closer.

If you are wondering at this point, what Craniosacral work is, and / or how it works, I’d like to share something of my experience with it that might shed light on these things…

Some years ago I had a chance encounter with the word “Craniosacral” in a snatch of overheard conversation. It was enough to pique my curiousity before it was forgotten… Or so I thought…

Some months later another chance encounter found me listening to a woman in her 70s extolling the virtues of Craniosacral work through which she had recovered ease of movement in her hip, and with it, her mobility – her joy and enthusiasm for the work was more than evident.

Shortly after this I was searching for a tai chi course and had another apparently ‘chance encounter’ with an advert for a Craniosacral Workshop. It turned out that a close friend had just done it, recommended it and could put me up while I took the advertised workshop which he would be assisting on…

Finally it dawned on me: maybe this wasn’t just chance… Maybe something was going on here… I took the hints… and the workshop.

Knowing nothing, I was naturally curious as to what this Craniosacral business was all about. I discovered that it was a healing modality that was powerfully profound and at the same time incredibly gentle. So gentle in fact that in many ways it seemed that nothing was really happening and yet, at the same time, something was very definitely and unmistakably happening.

Something that relates to the craniosacral system comprising the bones of the cranium (which contrary to popular Western medical beliefs are not fused into one) and cranial nerves, the spine, spinal cord and cerebrospinal fluid. In this system of the body, as I understand it, cerebrospinal fluid is produced in the brain, flows down the spinal column bathing all the nerves with its nutrient rich potency, and when it reaches the sacrum (the triangular bone at the bottom of the spine) it is pumped back up the spine and dispersed in the brain.

Theoretically in a fully healthy body system all tissue and bones move with the same rhythm as the pumping of the cerebrospinal fluid. A practitioner listening to the body using their hands, could feel where restrictions were and gently manipulate bones and tissue to resolve them.

However sometimes restrictions can actually result from the body’s wisdom as it is compensating for some imbalance elsewhere in the body. Therefore freeing the restriction can actually create more issues…

Furthermore it was noticed that as well as the pumping rhythm of craniosacral fluid, there were other more subtle rhythms going on. These rhythms are called tides and are always striving to move the body toward optimal function. This is the principle of optimisation that osteopathy is founded on, and it is out of Osteopathic work that Craniosacral work grew. Biodynamic Craniosacral practitioners believe, just as did William G. Sutherland founder of Cranial Osteopathy, that it is these tides that do the work to fulfill an “inherent treatment plan”.

All of this is as ancient as life itself.

What purpose then, you may well start to wonder, does the practitioner serve?

The practitioner’s hands maintain a gentle touch contact somewhere on the body of the fully clothed recipient, who is lying, if possible, on a massage table. And one way of looking at it is that the practitioner’s hands create a feedback loop as the recipient’s vibration bounces off them and gets sent back to the body giving it information about what is happening which then. This in turn informs the recipient’s body about what adjustments to make and where.

Another way to conceive of what happens when the practitioners hands meet the recipient’s body is that their vibrations also meet and the practitioners vibration finds ‘tonal match’ with the recipients. How this works delves into the world of vibration and resonant frequencies that quantum physics has brought to scientific light in the West and that ancient peoples and Eastern spirituality / philosophies have always been aware of.

It seems that the fast paced modern world we inhabit puts blocks in the path of natural feedback loops and the optimisation process. The slowing down that seems to happen during tonal match, allows the recipient to settle into themselves and into a state of deep rest in which the inherent treatment plan can work more freely.

There’s also something in ‘tonal match’ that affords the client the experience of being witnessed exactly as they are, which can be incredibly powerful. I personally, suspect that this has something to do with the two human needs that Mike Boxhall (an 86 year old practitioner) cites as coming after food and warmth, to be heard and to be held.

Witnessing and holding people in this way has led to me bearing witness to single sessions providing relief from chronic pain, chronic fatigue / ME, paranoia, stress and trauma as well as giving clients a sense of deep peace and rejuvenation, realigning shoulders and spines – both of which led to the clients standing taller and straighter!

Most of all I am struck by a theme in the comments I receive from clients that allude to a reconnection with self and with something else… Something which for me personally, fits with the phrase “coming home”.

Craniosacral work has led to relief in many conditions, often those that are mysterious in nature or don’t respond to mainstream medical treatments. It is so gentle that it is suitable for people of any age, whatever condition they find themselves in.

To be clear, this work is not about curing or fixing anything, it is about healing, which means ‘becoming whole’. As Mike Boxhall again puts it, this work is about clients empowering themselves in a place of safety, to become more fully who they are. This as he sees it, is the ultimate task of the human being.

If what I have written touches you in some way and if you have any curiousity as to what your journey with this work might be, sessions of this work cost £40 for approximately 1 hour, are available on at least one Friday a month at the Norwich Wellbeing Centre and in a yurt in a quiet space in North Elmham (between Dereham and Fakenham). Home visits may also be negotiated at £50 per session.

Come home to yourself.

If you are interested in coming home to yourself, I will next be doing sessions on the 19th May- get in contact if you’d like to book a session.