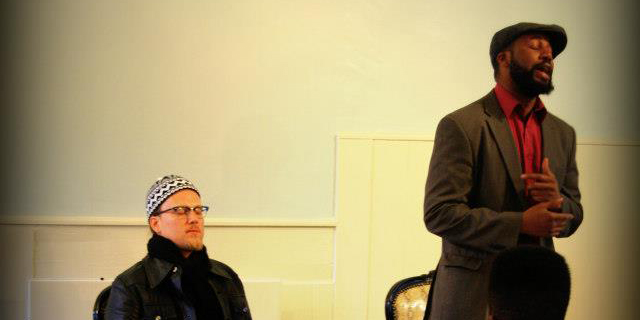 We hosted a free evening event for a large group of local youths with the renowned Baraka Blue reciting his poetry and Ahmed- Ikhlas singing.

Baraka Blue is an emcee and spoken word artist residing in Oakland California he has performed all over the US as well as the Middle East, Africa, and Europe. His first album, “Sound Heart” was released in 2010. He is acclaimed for his original synthesis of spoken word poetry with the tradition of Sufi poets such as Rumi and Hafiz. In addition to his performances he has taught classes and led creative writing workshops internationally

Ahmad-Ikhlas also known as Marlon Gray is a 2nd generation Jamaican born and raised in South London. He was in the underground UK garage scene (known as Mc Meelos) and always had a genuine love for music production, writing lyrics and performing. Through this workshop he intended to inspire other young people to express themselves through spoken word